This note was written more than a week ago. I decided to try to translate it for all of you who doesn't know this incomprehensible polish gibberish. I miss all of you and I really wish to see you and to have you with me. In relations with people I'm really egocentric, wanted people to be with me. But I think if you have friends like those I have you feel the same...

Have you ever ask yourself, what were you doing a year ago on the same day, to which someone has replied instead of 2 at the end of that year this nasty 3 number ? Cool , right? Yeeeeeeeeaaa cool, pity that we moved ahead during this year even though no one actually wanted that.

A year ago, exactly at 17:35 my plane was leaving to the place of which I knew nothing . When I see myself now with from this position I just want to sit down and cry bitterly . I was trying to find the best solutions for situations I had to solve. Now I think about myself one year ago as a little orphan without anybody by its side while got off the plane in Chania with 30 kilograms of luggage for the next ten months of living in a place the name of which I could not even properly stress .

"I was so afraid of you" my grandmother said to me today. But I was not afraid about myself. I think sometimes we worry about your life less than others do. Do we ignore it?

The town which was then a mystery to me , today I am able to walk with my eyes closed . I once got lost on the streets , and today I recognize the smallest streets on the pictures. How many times have our shoes left imprints on these roads ... This is our street , and our house was a few meters behind the tree that blooms in red. Here we went for frozen yogurt , and in front of the place was the best pita in the city. To the right I drunk the best lemonade in my life , and during the carnival we danced to Δεν ταιριάζετεσου λεώ . Do I want to cry when I think about it ? Yes. Yes, because I think that in this few months everything that people may want was included. Meet people and share your time with them. Fill glasses with good wine in the company of those with whom we have something to talk about or just to be silent with. Bathing in the sea during ​​dark night , lie on the water and look at the stars. Dry up at the sight that was made by God . It can not be erased from memory. But imagine the most important thing - how difficult it is to forget about all the people born in foreign lands who were for us as brothers and sisters , sometimes sacrificing their interest for our good.

I missed a lot of things , but now I feel I have too many of them . I learned a minimalist life . When we escaped from our old flat in the rain in the middle of the night, in the morning we were awakened by the bright sun , but we did not have even a cup , which would be possible to heat water for tea . Now I need less to be happy, but paradoxically it’s harder to find that. It's been three months from the date of weepy July 7 . I'm definitely a different person . I think we all are.

I lost my love - space and the sea , but still people are with me . Once I promised this dirty malakes thanks stating that it is not known yet whether they deserve . You have done more for me than I could have imagined. Today I thank you , Anita and Sebastian, for those wonderful months spent under the same roof at the same table . And though at times we stood in front of difficult situations , I think we have passed the test of being a small family. Thank you for all the good that I do not deserve at all. I would like to wish you and us that we would ever sit down together at the same time to our plastic garden table , which was always dirty with food. To once again lean out the window and watch the people walking our street , whose conversations was coming to us to our sweet first floor . To just stare again at each other and smile silently , looking into each other 's eyes and saw that the other person at this moment is the happiest man on earth. And to be a mirror image of that person .

3 months in place that is our homeland . The hardest two months of my life and it's not because I no longer accustomed duties. I have not experienced so many problems since I live, but what is the most important - I would not be able to deal with them as if those ten months on Erasmus has not changed me as a person. This time gave me the courage to fight for other people. To fulfill dreams. To make difficult decisions . To cry for stroke, wipe the tears and fight to the end , battling bravely for my rights . Because how many times have we heard lately about not susceptible life. And then invade our thoughts as we want our lives to look like. Do you really want to do what are you trying to “build” now ? Would we be happy in our life, being under the same roof with people with whom we are now ? Is this life created by us, or does it have a shape of other people's requirements , or the general social "because I have to", "because it should be like that" ?

I feel that there - 2294km on the south of my home - there is a piece of me buried under the hot sand, which during June scorched our feet  . Today, exactly one year after I opened "the half- open door" there is a pouring rain from the early morning. I was crying a bit I admit, but think about the next year as the next door that have to show me something even better. I hope it will not be given to me to go from the living room to the hall ... 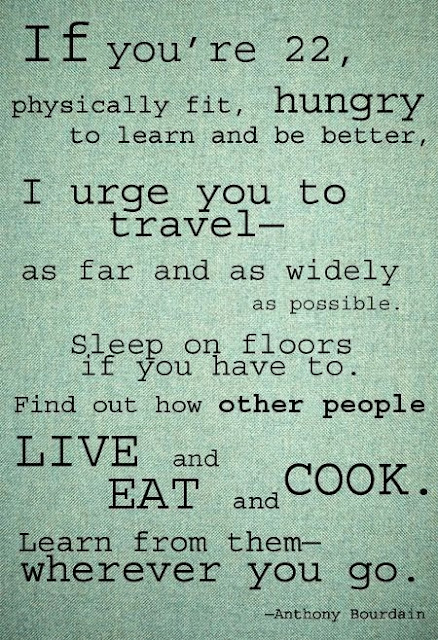